At the beginning of this year,  I was being asked to share my team’s experience standing up PowerKVM CI with teams that were just getting started.  Jay Pipes, Anita Kuno and the OpenStack infrastructure team were feeling overwhelmed by all the new third-party CI systems. So, after a brief discussion, we agreed to start this work group after the Atlanta Design Summit. We set out to help improve the third-party testing experience in OpenStack and have now grown into a large group of CI operators.

As a result, we held our very first meeting at the Paris Kilo Design Summit Third-Party CI work group session. The session event page showed 89 signed up and that number was close since I was estimating around 80-100 attending.  It was such a pleasure to get to meet everyone I have been interacting with for the past several months. 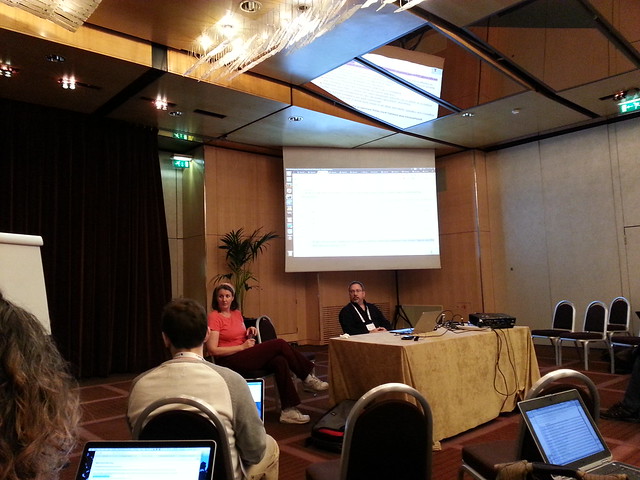 The session started with a background overview by Anita. I then led the discussion on the agenda items agreed upon in the weekly Third-party CI meetings. These items are listed in the etherpad for the session, so I won’t repeat them here.

During the session, I asked those attending a few questions and did a quick show of hands and came up with some interesting answers:

Time in the session went way too quickly. We spent a good portion discussing how to bootstrap teams, improve docs and finding alternate meeting times, but then had to rush through improving reliability and better self-regulating. I spent the rest of the week in numerous hall discussions on these topics.

We are now at a place where we as third-party CI systems can organize and help improve the consumability of OpenStack CI and ourselves in the process.  If you were not able to attend the summit session, I encourage you to get involved, attend a weekly meeting if you can, and be on the lookout for an additional meeting time that would be more convenient.

Thanks everyone that attended!