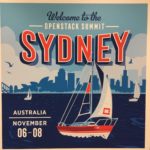 The week started dreary and cold, the coldest spring November in a decade, but turned out beautiful as the week went on. It made it hard to stay inside and focus on OpenStack for the three short days of Summit down under in Sydney. I planned an extra day upfront to clear my head of any jet lag and that was a really good strategy, also allowing for early registration on Sunday. I was not, however, prepared for the jet lag I experienced once I returned home, more on that later. 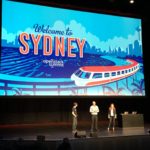 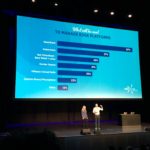 The keynotes, well, meh. They were entertaining, but lacked content or were just too much of a marketing pitch. The best info was the user survey overview and it was great to see that there is a strong presence for OpenStack in Australia. As usual, the best sessions were the hallway or beer sessions. Monday night was the traditional booth crawl in the Marketplace expo hall, and that was fun. The food and drink options were numerous and plentiful, and attendance was moderate. It was clear to see that this was a much smaller summit than in the past. I don’t have an idea of what the overall attendance number was, but it felt about like San Diego Summit in 2012. 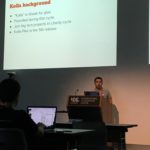 I attended several of the onboarding and update sessions for a few projects and was pleasantly surprised at the progress being made. The Kolla onboarding session was done by Jeffrey Zhang and offered a good overview of the project with plenty of technical content. It was nice to get a different perspective and I learned much more about the configuration of kolla-ansible deployment process. It was lightly attended, but several interested folks had good questions and all seemed engaged. 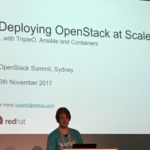 Red Hat’s Steve Hardy did a useful session on an example architecture for using TripleO, Ansible and containers for large deployments of OpenStack. Containers are quickly becoming the new standard for packaging OpenStack services with all their necessary configuration and dependencies and Ansible is also leading the pack in configuration management. TripleO is a somewhat purist view, using OpenStack to manage deployments. It is also the preferred method for getting Red Hat OSP installed in large customer environments. Also noteworthy, the TripleO Project Update, the Kolla Ops Feedback, and Baremetal Server Management with Redfish.

I also attended a couple of sessions on community development. There is some really good information and experience being gathered from the boom and now settling of the community. The work seems to be centered around how do we keep and encourage deep development and core reviewers, while also not discouraging part-time or even one-time contributions. There were discussions on mentoring, legal simplification, and other topics to make sure the community continues adding healthy new members. 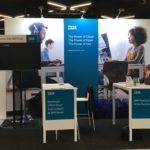 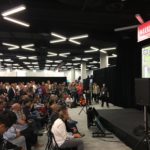 Between the sessions, I spent a fair amount of time in and around the IBM booth in the Marketplace expo. One of the fun events planned in the Marketplace was the Melbourne Cup horse race celebration. It was an all day event for some, dressing in full formal attire, but it was very successful in pulling most all attending into the Marketplace to watch the event. I have in the past had a picture of a shiny Power system displayed proudly in the IBM booth, but to everyone involved in the booth organization’s frustration, it did not make it in time. Darn.

I am still not a fan of the split summit/PTG format, and with the lowest attendance in years, I think the community is speaking but the TC and Foundation are just not listening. It is time to focus on the future of the OpenStack project and pull the summit and PTG together again. The community has spoken, few companies can afford to continue to send their developers to 4 conferences or design summits per year.

There is a lot of focus on increasing contributions, the feel is like everyone is trying to restore OpenStack to its once former glory, but the days of rapid growth and rabid over-the-top marketing are over. I feel like the project is finally becoming right-sized after being grotesquely over-invested. It is time to embrace the new reality of the size of the project. Pull in the core projects and developers, get rid of the silly big-tent, and focus on making OpenStack easier to install and use.

Ugh, the jet lag coming home was the worst I have ever experienced. I have heard to plan a day per hour of time zone difference. That might be a bit extreme, but after this trip, I’d have to say it was pretty close. I had trouble restoring my normal rhythm for several days after returning. Going westward to Sydney didn’t give me nearly as much trouble. Maybe it had something to do with the fact that my returning flight left at ~11:30 am and arrived home at ~2:15 the same day after almost a day of travel. Ouch.

Sydney is a beautiful city and I hope to be able to return some day. I’m looking forward to seeing OpenStack continue as the framework for open cloud resource management. See you in Dublin for the next PTG!